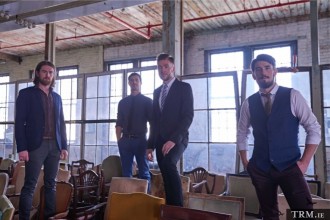 Continuing what’s already been an incredible 2015 for Irish sensations The Riptide Movement, the four-piece have just revealed the video for their new single ‘Animal’, which will be released on November 13th through Caroline International.

Already hailed as “a rousing, positively grin-inducing slice of sunny Americana” by Ireland’s premiere music site State, ‘Animal’ is taken from the critically acclaimed Irish gold-selling debut album Getting Through.