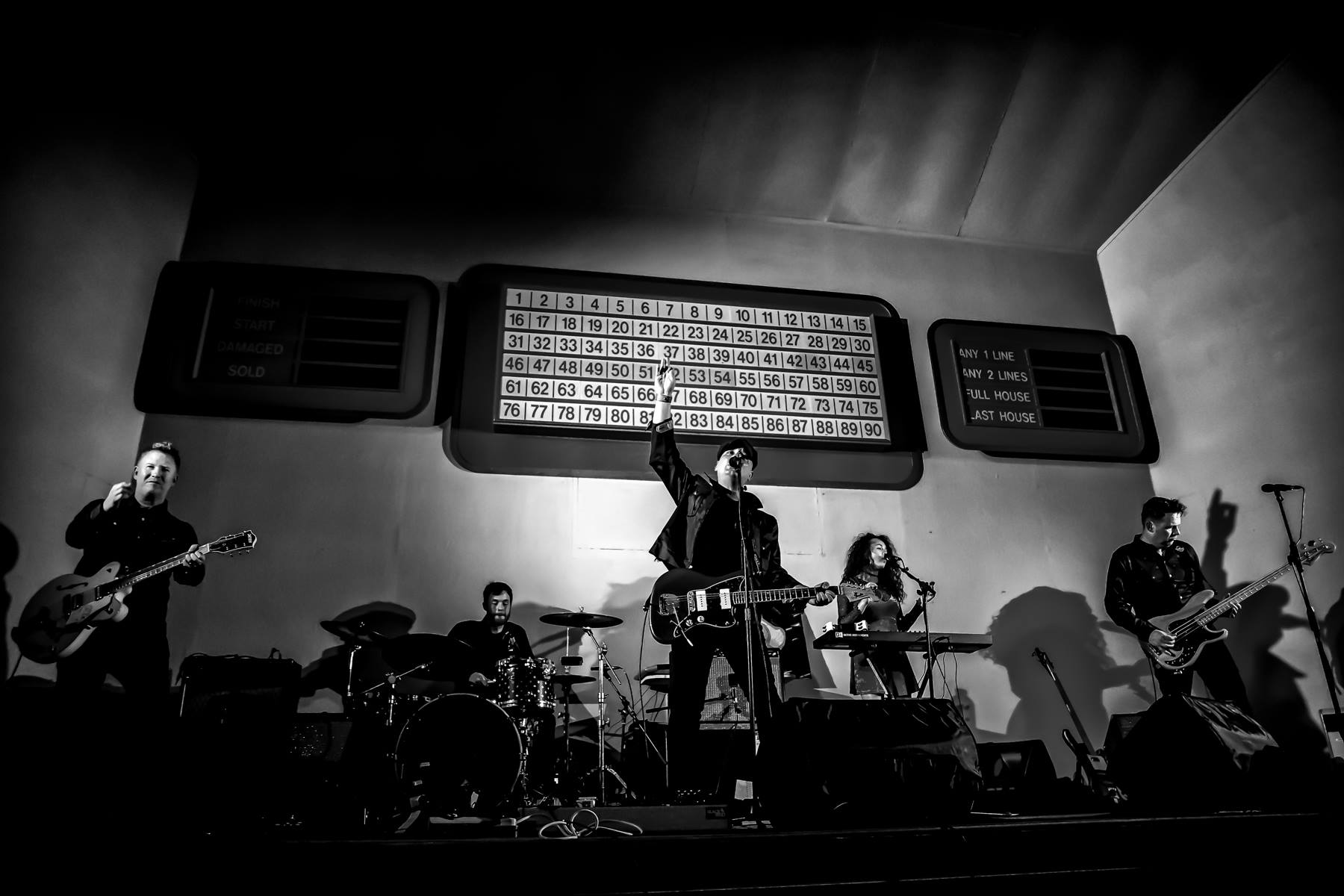 ShadowParty are a band united by a fairly unusual circumstance, each member is a latter-day addition to a huge band, and here they’ve combined as synthpop’s answer to The Avengers.

The nucleus of the group formed when Josh Hager and Tom Chapman met in Boston, Massachusetts. Josh is a former member of The Rentals and currently plays guitar and keyboards in Devo. Tom Chapman is the former bass player of Bad Lieutenant who followed frontman Bernard Sumner to New Order in 2011 when the band reunited for a series of charity gigs. Completing the group are Phil Cunningham, Marion founder member and New Order’s guitarist since 2002, and drummer Jeff Friedl, who plays for Devo.

Newly signed to Mute, ShadowParty’s debut – recorded in Boston, LA, Manchester and, of course, Macclesfield – is an album that nods to those groups but exists in its own right entirely, a synth-pop album with guitars and strings, and guests including the incomparable vocalist Denise Johnson (Primal Scream, A 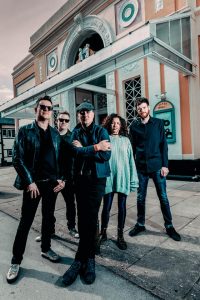 It’s the sound of a blast. ShadowParty burst through your speakers; pulsing electronics get swept away with lush orchestrations, bold 80s-fused beats get carved up by haunting guitars and vocals tower through each moment, whispering sweet harmonies and unspoken despair.

Also crashing the party is LA-based DJ Whitney Fierce, who appears on backing vocals, and Joe Duddell, the Manchester-based arranger who has lent his orchestral finesse to the likes of Elbow, Blossoms, and New Order; for whom he created and scored a 12-piece synth orchestra for a run of Manchester International Festival shows.