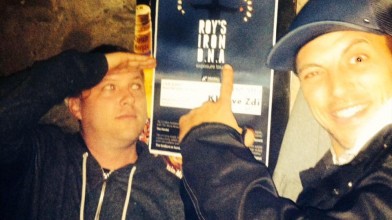 Roy‘s Iron DNA (a musical collective and live band from the Scottish Borders and Edinburgh) will release the world’s first augmented reality album.

The album, entitled ‘Exposure’, will be released as a tabloid style newspaper with each page scannable with a smart-phone/tablet app enabling the reader to play an individually commissioned video for a track from the album.

10,000 copies of the newspaper will be distributed to 250+ outlets across the length and breadth of Scotland and will be entirely free of charge ensuring an estimated 100,000 readership!

This song features on the Exposure album by Roy’s Iron DNA.
You can buy the album here on Bandcamp
Supported by the National Lottery through
Creative Scotland.