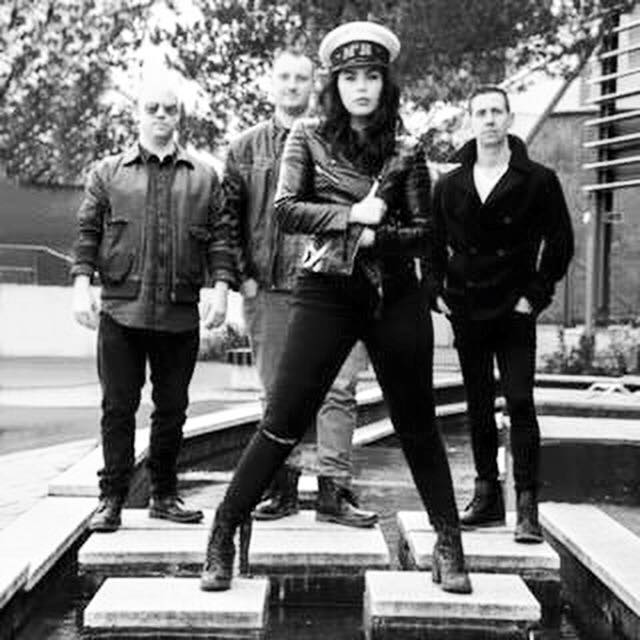 Part Bermudian, part Mancunian, Mohawk Radio is an award winning Manchester based band injecting their own unique style into the modern rock scene.

Not only do their two EP’s continue to make a great impact on the music scene, their legendary live performances have been described as an ‘energetic memorable throwback to true rock and roll’.

Playing all over the UK, some of their performances include; sold out Deaf Institute, Academy 3, Dancehouse, American Ambassador’s Residence, The Bedford, and various UK festivals.

Here’s an acoustic version of the new single.

2 Million Heart Beats came about after singer Mia Page watched Fleetwood Mac play Madison Square Gardens in New York. A little nod to the inspiration of Nicks ‘ lightening strikes’ can be found nestled in the lyrics, however the song is a truly powerful Mohawk Radio love song, which has all the makings to be a classic.

The title and chorus for the song comes from a misheard advertisement. Mia says, “I heard it in a commercial about having 2 billion heartbeats in a lifetime, but I miss heard it for two million. I just thought it was such a wonderful idea. The idea of loving someone with every heartbeat you have in your life. From the first breath to the last….From the cradle to the grave.

I walked the streets of New York with only the chorus in my head and the beat of my feet on the city streets. I shared it with the guys through and email, and about 2 days later the song was completed thanks to the magic of the internet.’