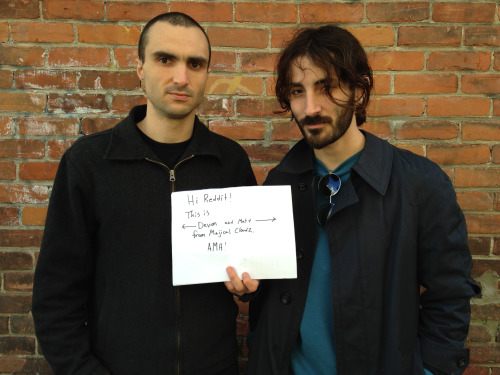 Majical Cloudz is the electronic/indie pop project of Canadian singer-songwriter Devon Welsh, who joined with Matthew Otto to collaboratively produce and perform his songs.
Welsh, the son of actor Kenneth Welsh, began Majical Cloudz as a collaborative open project in Halifax 2010 with Matthew E. Duffy (who departed the project after the release of II), releasing a self-titled cassette on Numbers Station, the EP Earth to a Friend/Mountain Eyes, and the full-length album II on Arbutus Records in 2011. Otto joined as a collaborator in 2012, appearing for the first time on the 2012 EP Turns, Turns, Turns. – Wikipedia