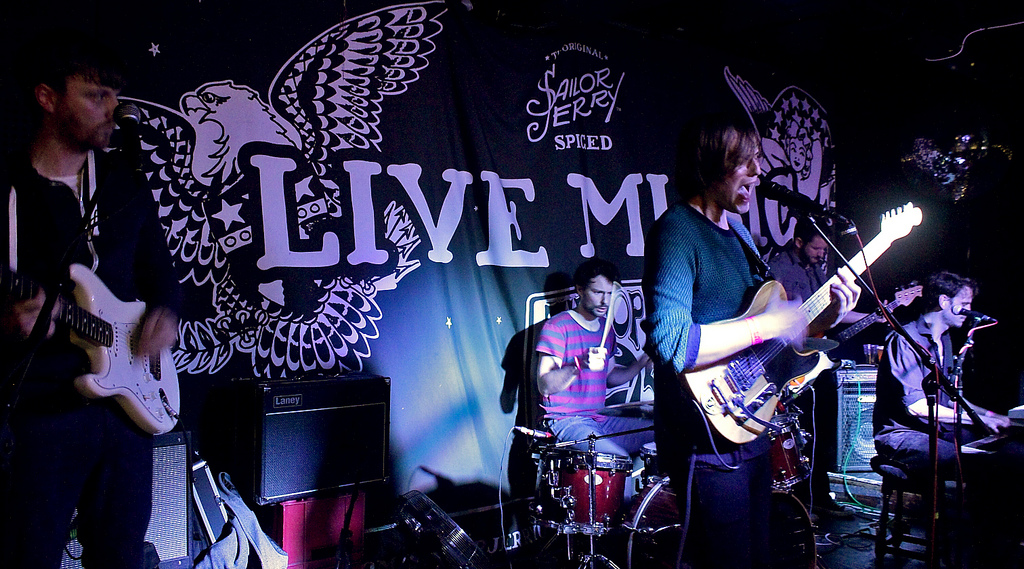 Fragile Creatures are a band from Brighton on a mission to restore Britain’s reputation for original guitar pop. They come equipped with an inventive songbook full of instant classics led by catchy melodies, tight harmonies, clever arrangements and great lyrics.

They released their debut single, double a-side ‘Dear Michael / She Makes Me Nervous’ in June 2012 gaining them rave reviews and radioplay from Absolute Radio, BBC Introducing and many local stations. ‘Dear Michael’ went on to win the award for best music video in the Brighton Music Awards 2013.

After a successful year of shows the band began work on a debut EP. The first fruits of this work, the eponymous track ‘Fragile Creatures’, was previewed last summer in advance of a planned release. Unfortunately shortly afterwards tragedy struck when their mentor, the man who founded their independent record label, passed away suddenly putting the band on temporary hold.

They returned with an August 2014 release for their EP, planned as a free download through bandcamp. They have previewed the song ‘Sunshine’ from the EP on Soundcloud in preperation for the release. Meanwhile the band are heading to Bath for the end of July to record a full-length album of fresh material with world class engineer and producer Stuart Bruce whose experience of working with diverse artists (from Kate Bush to Yes via Barry White!) makes him ideally placed to capture the creative essence of a band so hard to pigeon-hole.

This is a band brimming with potential on the verge of greatness with an imminent EP release and album set to follow hot on its heels. Keep your eyes on Fragile Creatures over the coming months – things are about to get exciting.

Find them on the web