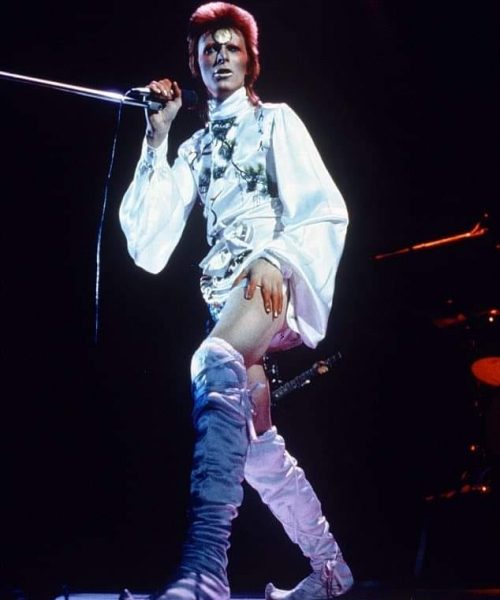 During this period Bowie, as were other acts, putting out a couple of albums a year, but to me it seemed as if you had to wait an eternity for new songs. The impatience of youth I suppose you could call it.

I devoured every piece of news that I could find about Bowie, he was in everything from magazines aimed at young girls to the serious music press, it seemed that they couldn’t get enough of him either. This led me to starting a scrap book of anything that I could find about him, pictures, articles, adverts, whatever. He had transformed my life, virtually overnight. Another influence he had over me was to seek out alternative music, although it wasn’t called that in those days, it was known as underground and Bowie led me straight to the Velvet Underground and Lou Reed.

Everything seemed to sync into place.

One night I was lying in the bath listening to Radio Luxembourg, an a.m. station broadcasting from the Grand Duchy which faded in and out depending on which way the wind was blowing. They tended to play better music than Radio 1 and there was really only those two stations playing young peoples music back in the early seventies, believe it or not, commercial radio didn’t exist in the U.K.

Anyway, there I was wrinkling, no that’s not a spelling mistake – I did mean wrinkling, away as the bath water got colder and colder when they announced a newsflash on the radio. This was serious stuff, newsflashes were only for really serious events like the start of the revolution with hand to hand fighting in Whitehall. It immediately grabbed my attention, my ears pricked up.

I doubt very much if I screamed, probably there was a stunned silence. Was that it, they can’t leave it like that, no more of an explanation than David Bowie has retired. Our phone was downstairs in the hall by the front door and I rushed down with a towel wrapped round me and phoned somebody to see if they’d heard it. To be honest I can’t really remember who it was, which doesn’t matter really as they hadn’t heard it. Also, my parents weren’t amused as I dripped water all over the hall carpet, but honestly, who could care less about a hall carpet at a time like this.

Kids today think that they invented fake news, but we had it back then as well. What a load of bollocks, Bowie hadn’t retired, in fact he was soon off to make a new album, he’d retired from playing live. As the years went on I came to learn to take bold statements like that from the man with a pinch of salt, but it would be a further 3 years until I saw him live again.

In the end it was only Ziggy that was shown the door. I can just imagine the scene in the dressing room after the gig at Hammersmith when the door opens and somebody shouts, “Taxi for Stardust” 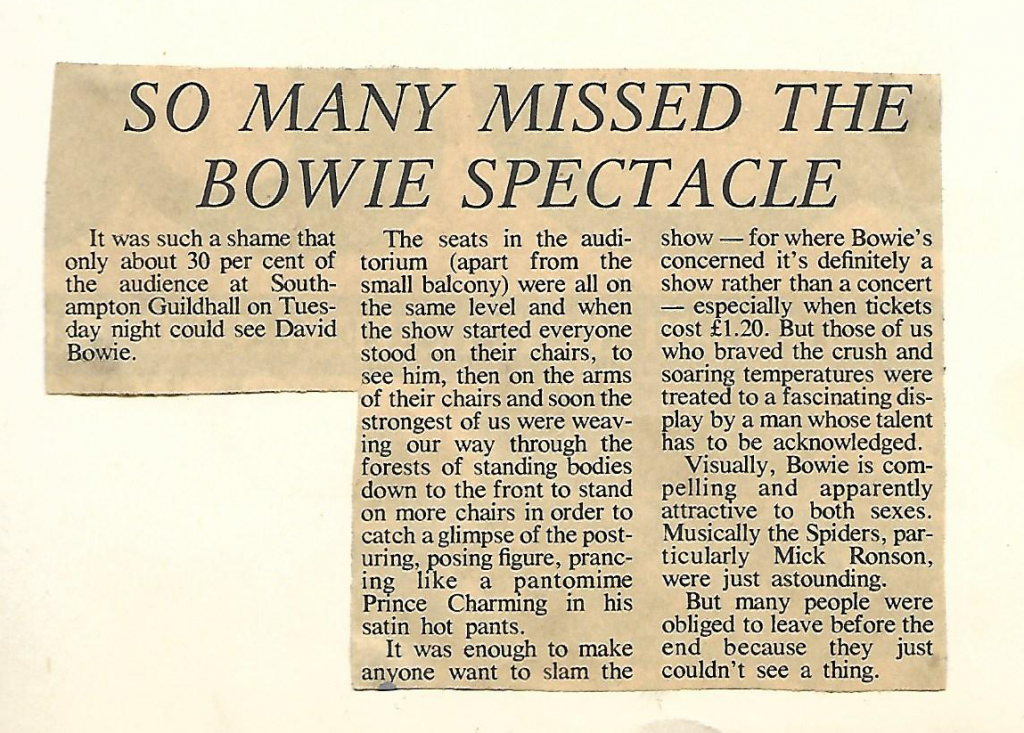 I had no idea that all of this was going on behind me as I was one of the few that used their heads and got to the front. When the second half of the show started my training kicked in and all of those years charging across football terraces was put to good use and I ended up right by the stage.

This isn’t my ticket, by the way, it’s a copy of a photo that I found on the web. The doorman that took mine probably sold it and retired to the Caribbean on the proceeds. 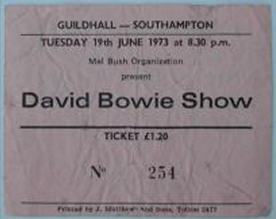 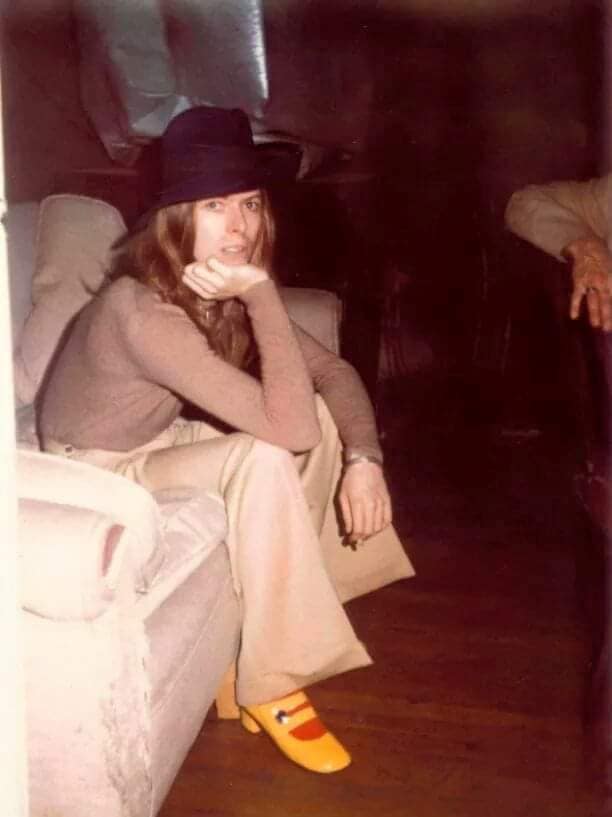 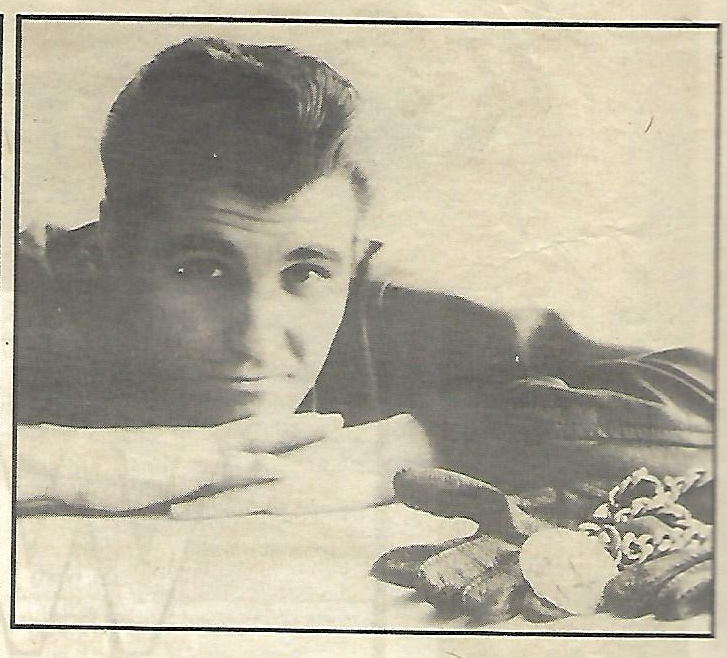 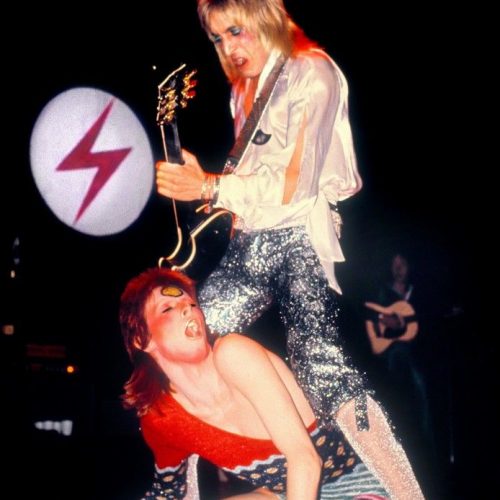 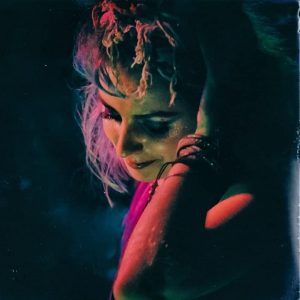 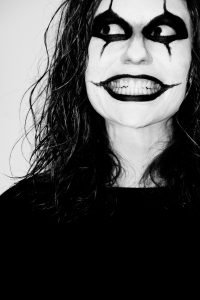