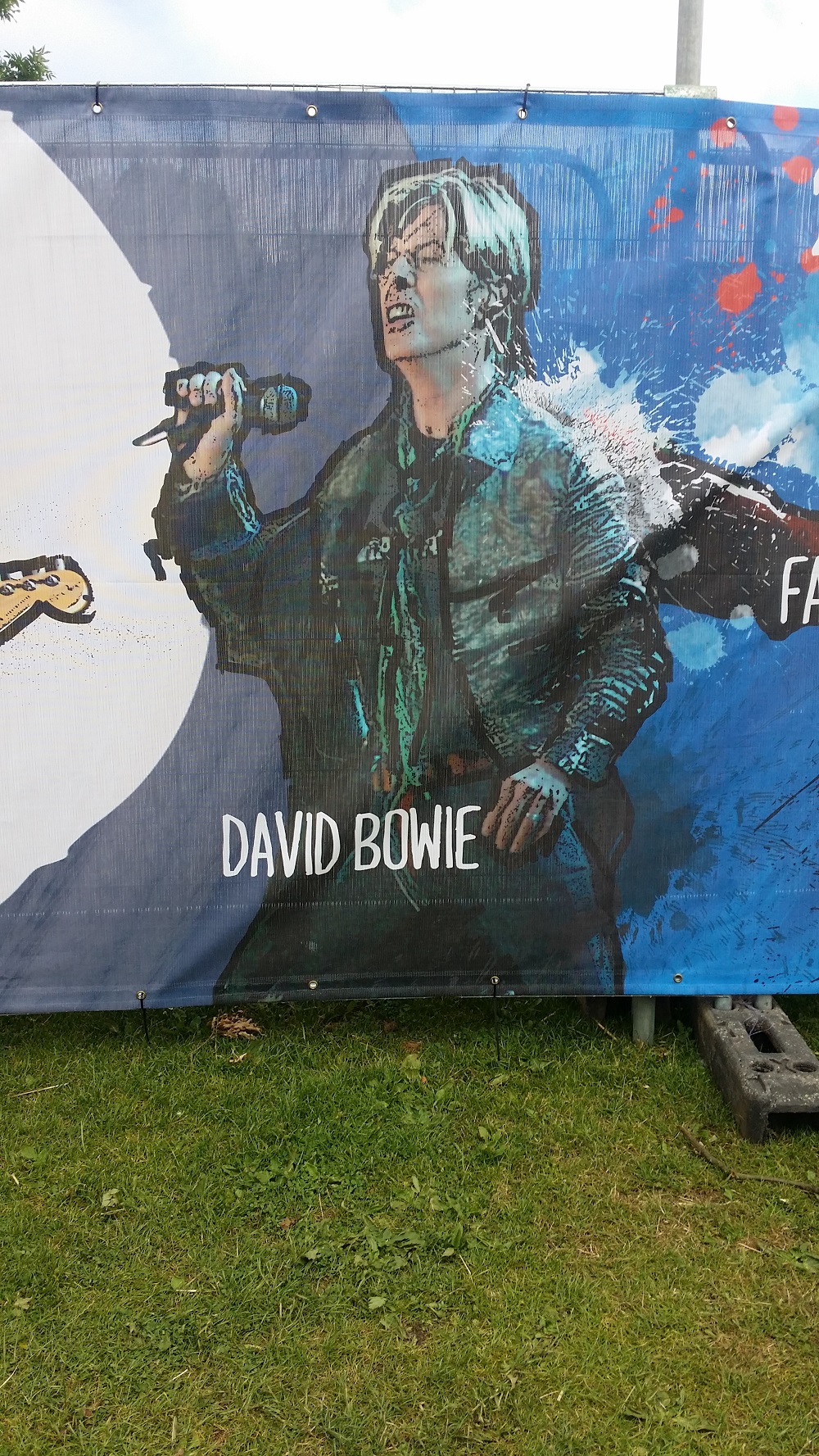 home country. In fact, it would probably be true to say that Bowie himself didn’t realise that it would be the last full show that he would perform in Britain.

The show itself was a blistering end to almost 40 years of touring, there were to be just a handful of gigs after this one. Nobody knew the shows were going to end so there was no grand farewell, no big finale for the fans to say thank you for the memories.

This quiet departure from the live scene was mirrored by the announcement of his death earlier this year when the shockwaves reverberated around the world. Although the fans felt that he was public property, Bowie managed to keep himself very private when he wanted to be that way, once he had taken control he became the master of his own destiny.

John Giddings knew Bowie well, and as the organiser of the Isle Of Wight Festival he felt that there should be a tribute to one of the greatest rock stars of all time. It was also fitting that Giddings himself led the tribute which included film of Bowie’s 2004 Isle of Wight appearance and Andrea Corr singing Starman accompanied by Gary Kemp.

Many fans in the audience donned Bowie masks for the tribute, with money raised from their sales going to the Stand Up To Cancer charity. The

festival had also been involved in the Dragon Boat Race earlier in the year which also raised money for the charity.

David Bowie was more than just a rock star, he was more a way of life, there will probably never be another of his stature again. Although the technology is available to push the boundaries there is nobody that comes close to being the icon that David Bowie was.

Fittingly, Iggy Pop played at the festival this year and his song list included tunes that he’d written with David Bowie in the seventies, with his set

including: The Passenger, Lust For Life, Sixteen, Nightclubbing and Some Wierd Sin.

After the gig I met Iggy Pop’s dad in the pub. To be fair to the fella he knew why I wanted a picture of him as he’d been asked to pose the night before by somebody else, but I don’t think he’d heard of Iggy before that, so he was a good sport.

A couple of weeks prior to the event I spoke to John Giddings about the Isle Of Wight Festival and David Bowie.