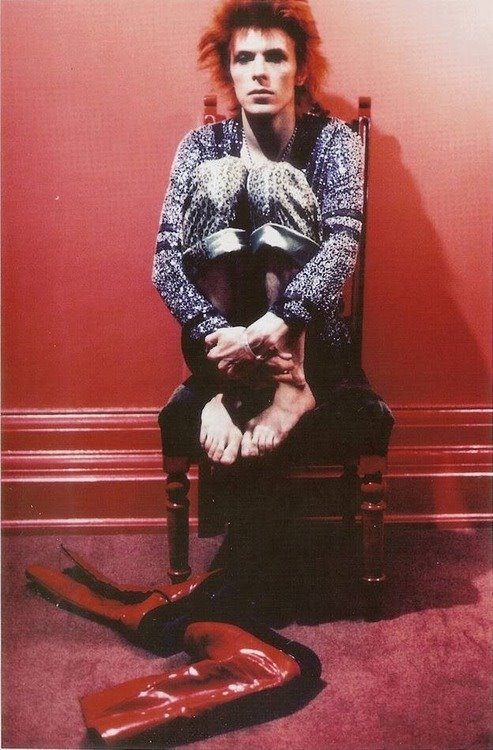 And Their Heads Of Brawn were Nicer Shorn

The first hearing of The Rise and Fall of Ziggy Stardust had me transfixed, every Bowie fan has an album that started it for them and this one started it for me. It had everything. Great lyrics, great songs and great musicians. Plus that extra ingredient that made it something else, David Bowie.

All of a sudden my world was literally turned upside down, as I later said, “I was a thug, then I heard David Bowie and I wanted to be a girl.”
There were thousands like me who had that experience whilst listening to Ziggy for the first time. It also came at a period in my life when there were massive changes happening.

I left school that year, the school authorities made it abundantly clear on the last day that I wouldn’t be welcome back for the next term, and I’d been making it abundantly clear for the past five years that I didn’t want to be there, so I’m glad that they’d eventually taken the hint and made it official.

I was clear in my mind what I wanted to do, I was going to be a salesman in a men’s clothes wear shop, fast cars, fast women and enough light ale to drown in. I’d seen the films.

Oh how I was mugged off by Hollywood, actually it was mainly sixties British films that gave me this vision of swinging London and the place to be was Carnaby Street, or in the fashion business, so if truth be told I was mugged off more by Cricklewood. It didn’t occur to me that the bright lights only shone in the West End of London and didn’t extend out to Dalston. Standing all day long in a branch of Harry Fenton’s was as dull as things could get. Nobody came into the shop all week long, I’d been working on Saturdays for some time by then and was used to being busy in there and earning some cash. I was bored, bored, bored.

Then David Bowie exploded into my life, it wasn’t a trickle, it wasn’t a dalliance it was an explosion. It’s difficult to relate how much listening to his music meant, I played that record to death, it didn’t occur to me at first that he may have had other albums. The term back catalogue hadn’t been invented in the seventies, and if it had it was only for hippies. In fact back in those days you used to occasionally see long haired types walking down the road with albums tucked under their arm, it was like a badge of honour. It was like a target to us. We’d question them firstly on the wisdom of walking down the road in such a manner and secondly on what was the crap that was actually on the LP.

I honestly believed that hippies wore plimsols so as they could run away quickly, and their plimsols always had holes in them which was probably the reason that we never saw them when it was raining. But as much as I loved the album there was no way that I was going to walk down the road promenading like a twentieth century Beau Brummel. Too many times I’d seen hippies haring down the road pursued by a few shaven headed youngsters and the slowest long haired freak passing on the LP and saying, “save Zappa, forget about me,” as he gave up running. In actual point of fact, I don’t think that many of them were actually caught, Players No.6 was their best form of defence as the skinheads coughed and wheezed in their pursuit.

But the times were a changing for me, and at that time I didn’t even know there was a song for Bob Dylan. Vainly trying to become bisexual had become part of my adolescent coming of age, even though I had to keep it to myself about my new ambition as not all of my mates had taken to Bowie and the Regents Canal was cold at that time of year, even for the semi-conscious.

You can just imagine the conversation, “alright Keith, what are you up to today,” “well I was thinking of turning gay just like David Bowie,” it would then have been a case of wham bam no thank you mam as I was used as the ball in an impromptu game of five aside. Boys can be so cruel.

At this point you must be wondering about my sexuality but sad to say I never reached bi-sexuality and remained heterosexual to this day, wondering what I’ve missed out on. There’s been a few gay fellas who’ve tried to turn me, and to be honest you can see their point, a good looking boy like me would have been a trophy catch, but to no avail.

Another thing that I really enjoyed about those songs was the fact that they weren’t simple, you had to listen and think about them. It’s only in retrospect that I’ve appreciated this but when you think about it they’re not run of the mill tunes. Take Let It Be, for example, you could walk along the street either singing or whistling it, when I say ‘you’ I literally do mean you, not a metaphorical ‘us’, there’s no way I’m walking down the street, leaning on a lamppost, or being held up by the counter in a three ale bar, and singing it. But it is simple, everyone, but everyone knows that song and could either sing, hum or whistle it because of its simplicity.

You try doing the same with Moonage Daydream:
“I’m an alligator.”
Then stop and in your head go burr, burr, burr. Don’t do it out loud or you’ll get people staring.
“I’m a momma poppa coming for you.”
“I’m a space invader” Stop
“I’ll be a rock and rolling bitch for you.”
“Keep your mouth shut, you’re squawking like a pink monkey bird, and I’m busting up my brains for the word.”

At this point, and don’t forget that this was the early seventies, a member of her majesty’s constabulary would feel obliged to hit you with a truncheon which had been fashioned out of a lump of mahogany and slap the cuffs on. To all intents and purposes it was a legal stick to clout people. He would then lock you up until they could drag the police surgeon out of the pub to show you a few ink blots and get you sectioned.

There’s no point in me putting any more lyrics from that song, you know what they are, or if you don’t you get my drift anyway. These songs were edgy, they were intricate, but most of all they were exciting. Even today after a lifetime of listening to music I still get excited when I hear something new and different, and have been known to, literally, dribble on my radio show when playing such a track. When I say dribble on my radio show I mean that I get a build up of saliva caused by excitement, not a drop of wee spilling out. (editors note, a bit too much information.) I feel sorry for the presenters that come on after me and have to use the same mic.

I’ve never taken drugs in my life, well that’s not strictly true, I obviously have taken prescription drugs, but I haven’t taken illegal drugs. That’s not a sanctimonious statement, it’s just a fact. You do what you want. People who know me are now screaming that I’ve drunk enough beer and scotch to float the battleship Potemkin, and that’s a drug, alcohol I mean, not the battleship Potemkin. How is it that people who don’t, or rarely drink, are always the first to say that alcohol is a drug…. well it’s not. I can prove that it’s not a drug, when have you ever seen it on sale in a chemist, you buy alcohol from an off licence, liquor store for those of you outside the UK. Have you ever been down to the doctors and said, “I’m going out on Friday Doc, can you write me a script for nine pints of lager, oh, and chuck in a couple of whisky chasers too while you’re at it.”

The point that I’m making is what would somebody tripping out on acid make of Moonage Daydream, “Hey man, did you see that pink monkey bird,” “shut up Brian and watch the melting elephants like everybody else.”

Now you try and tell me that when you read Hey Man, the next words that popped into your head weren’t Leave Me Alone. One of two things is happening here, either David Bowie lyrics have taken over your hearts and minds, or you’re getting bored with reading this and are losing concentration. 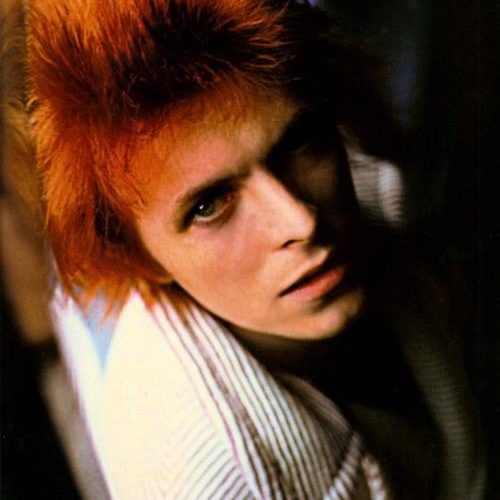